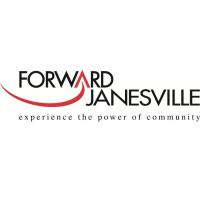 The Board Is establishing a selection committee which will begin a national search for Beckord's replacement. Sherri Stumpf, Blackhawk Community Credit Union, will serve as chair of the committee.

Beckord began his Chamber career in Oskaloosa, Iowa, where he managed the Oskaloosa Area Chamber of Commerce for five years. He followed that with stops in Cedar Rapids, Iowa, working for Alliant Energy’s Economic Development Team, and a five-year tenure as President & CEO of the Iowa City Area Chamber of Commerce. He accepted the position with Forward Janesville in February of 2001.

Prior to his chamber career, Beckord earned a master's degree in economics from the University of Iowa before moving to Washington, D.C., where he worked for the U.S. Bureau of Labor Statistics and later for the National Association of Realtors.